Well hello there fellow blogomites.  As many of you know blogging is an adventurous way in sharing what interests us.  Some share our trials and tribulations, our excursions, or our achievements.  I want to start a little something that none of you will ever get to experience personally, my work environment as seen through my eyes.  I have a feeling that there are going to be many wonderful, funny and probably some irritating stories to share with you from my time at work.  I have already shared a story or two with you but I want to do a specific category for these now.

So to celebrate the new category, hows about a story???  Grab a cup of your favorite beverage and call the family in the room.  It’s time for your first episode of The Commissary Diaries.

Today began as a normal everyday Monday.  I walked into work with seconds to spare before I got the stink eye from the boss.  And by boss I mean my supervisor.  She has no real power.  She carries a key and makes our schedule.  And it’s not even a magical key.  So she is nothing special outside of her title.  Anywho, I worked my way toward the end of my shift with my feet screaming for me to cut them off.  I was breaking in my new pair of steel toes.  The job buys new employees steel toes (or as they call them, safety shoes) for the times that we work in the grocery section.  You never know when a frozen 30 pound turkey will fly out of nowhere and land on your feet.

So there I am; standing in front of my register lane awaiting to wave down potential victims to intoxicate with my false enthusiastic verbal spew, and then I peer down a few registers from mine.   There was this older couple unloading their basket of goodies.  The couple had to be at least in their 80’s if not older.  The wife was kind of just looking off into the distance.  She was positioned in a manner that made standing look like an unbearable struggle.  The husband had a tall large stature.  You could tell by his determination to unload their consumables as fast as his aged body would allow that he has lived a full life.  His arms were littered with wrinkled one colored tattoos.  I could just imagine the stories this old veteran could tell. If he wrote a book about them I would be the first in line to get it.

A second man appeared out from behind the magazine display by the register.  He appears to be their son.  He stood by the basket assisting the elderly man by retrieving the items that were deep within the basket.  This man also seemed to be a bit old himself.  His movements were a bit slow and deliberate.  He also only retrieved one item at a time.  I thought nothing of it as I figured that is all the older gentleman could probably handle at one time.  The younger man stopped unloading to attend to the woman.  She had to be this man’s mother.  He reached over with his left hand and hugged the woman then gave her a quick kiss on the cheek.  As he moved away he gave her a pat on the shoulder as if to say everything is alright.    I could tell he was saying something but I’m no lip reader.  The man did this act three times within a five-minute span as I watched.

The store was really empty today.  There were only a few customers roaming around.  I figured since I wasn’t waiting on anyone at the time that I should go down and help this family out.  If anything I could speed up their unloading process.  On my little stroll down I noticed the younger man had a Disney Land hat on.  I noticed the hat before but couldn’t make out the decal on the front.  It was a bit beat up but still had a firm flat looking bill.  It laid a little awkward on his head as if he bumped it leaning a little too far into the basket.  But I don’t see how since they haven’t really reached the bottom yet.

As I got a little closer the younger man reached over to hug the woman again and patted her on the shoulder.  I greeted the family and offered my assistance.  At this point the younger man had his back to me setting an item on the register belt.  The older man said he appreciated my offer but their son really enjoys unloading the basket.  I said that is fine and if they changed their minds I would be a few steps away.  The younger man turned around and said, “Thank you but I can do it.”  His voice was a bit mumbly and hard to hear.  I then got a really good look at this man.  He definitely was at least in his 50’s.  He had the pear shaped body type going for him.  He also had on some really thick eye glasses and had some grey and white stubble on his face.  The most memorable thing was his constant smile.  It was almost literally ear to ear.  As I walked away the man did his hug, kiss and pat routine.  I then heard what I had seen him mouth from afar, “I love you Mama!”

If you couldn’t tell by my description of the younger man, he was developmentally disabled.

I got all emotional and almost teared up.  I could feel the love this man had for his parents.  I really could.  I am not sure why this affected me as much as it did.  I was having a rough day but nothing unusual from the typical commissary day.  But for the small amount of time that I saw this man’s gesture toward his parents just brightened my day.

Thank you kind sir, thank you! 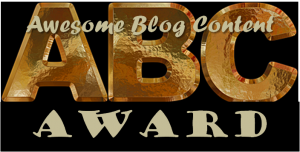 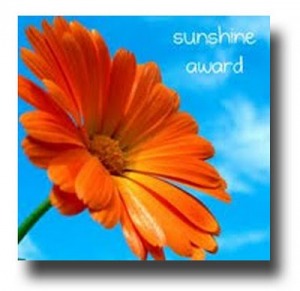